All Models Porsche Servicing in London 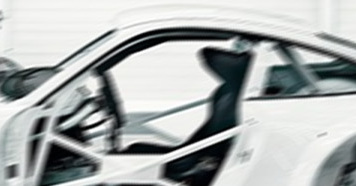 911 SBD have a glimpse into the new Porsche 911 GT3 RS and it looks exciting!

Obviously there has been no official word of a price for the Porsche 911 GT3 RS yet but if you look to the current range for a guide, then we can make an estimate.  The old 997 GT3 RS was approx. 20% more expensive than the GT3 so using this basis, the new GT3 RS could be around £120,000.

911 SBD are sure there are many of you out there who would like to own the new Porsche 911 GT3 RS.  Need to sell your current Porsche first though?  Why not bring your current Porsche into us to let us service it so you can get the best price when you come to sell it.  With a team of experienced Porsche mechanics, we pride ourselves in being the Porsche specialist’s in London.  Let us conduct a 911 SBD point check service and then you’ll know you’ll get the best price for your Porsche and maybe, you’ll end up driving the new Porsche 911 GTG3 RS.

Want to ensure your Porsche is in complete working order?

Other servicesClick to call us!

Your valuable feedback has been received.